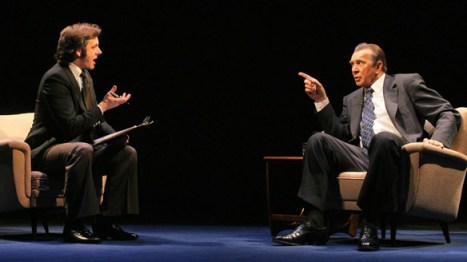 Went into this movie with no expectation and hardly any knowledge about Nixon and Watergate. Next to the great performance of Frank Langella as Nixon, the build up of the story was really well done and the way the two main characters were “dueling” each other was really interesting. Also shooting the movie in a semi-documentary style was really compelling to me. Great work, highly recommend it…