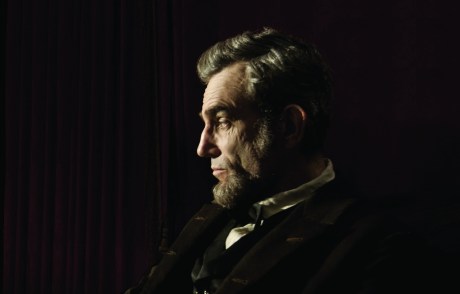 First of I have to admit that I wasn’t entirely self-motivated to watch this movie since it doesn’t really hit my sweet spot. However with the Oscar ahead of us on Sunday, I felt the obligation to be aware and informed about the Oscar frontrunner movie. And to be frank, I am not very impressed with this one and particularly looking at all the other nominations such as Zero Dark Thirty, Django Unchained, Argo and even Silver Linings Playbook, this movie would have most definitely not been my top pick.

Understandably, Steven Spielberg is touching upon a very complicated topic and I believe that one of the goals in this movie is to hold up the mirror in front of today’s political arena to make a statement. Over 150 years ago, a country which was torn apart and at war with itself managed to pull itself together and make history by abolishing slavery. Spielberg rightfully asks the question of why the self-proclaimed greatest democracy in today’s world is not even able to come together for making a final decision on such a trivial things as extending the debt ceiling. And ultimately, it all came down to the determination of a great leader to push through and reach across the isle to get to a compromise for a greater good. So yes, this is an important and complex topic and Steven Spielberg did not have an easy task at his hands. The actual climax of the movie is made really well and it did capture me when the final goal was achieved. Also when it comes to the acting staff, the choices were perfect with both Daniel Day Lewis as well as Tommy Lee Jones and Sally Field who are all delivering a splendid performance. A great element here is to show the shortcomings of Lincoln as a husband and father which helps to demystify one of the greatest presidents in US history. Sally Field does a fantastic job as the broken wife and overly caring mother – however one should say that the role is basically written for her. 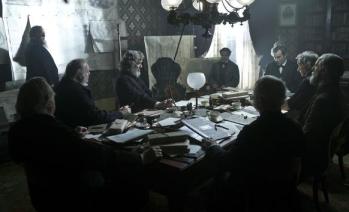 But this movie has a lot of problems in my mind, first and foremost it is literally 15o minutes of dialog and not even a great director and writing staff can create interesting 150 minutes of dialog. I must assume that these conversations were written to showcase the longevity, complexity and tediousness of the political process. But I truly believe that a filmmaker has another obligation towards his audience and the prime goal should be to entertain. When telling a complex story, a director with so many tools at his disposal should be able to pull off more. To be fair I believe that as an American the movie must have a different effect on you since it is such big part of the country’s history. Presumably it was THE most important subject during history class in high school. But herein lies a big flaw of the movie, it assumes a lot of pre-existing knowledge about the characters, the history and the process about and around President Lincoln and the 13th Amendement. When you shoot such a long movie, you could have spend some more time explaining the background and the context but instead it basically dives right in leaving the audience to either figure it out or just know it.

All in all, I believe that the story – as complex as it is –  could have been told and shot in more entertaining and – more importantly – shorter way. Great actors help to carry the movie over the finishing line but as the main contender for the Oscars 2013, I find this movie to be vastly overrated. 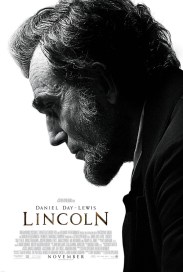