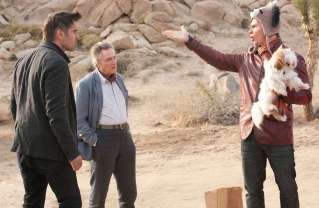 As promised, here is the review for my first movie of the movies I had missed to watch in 2012. Based on what I had heard from different sources and seen in the trailer, I had considerably high expectations. And based on these expectations, I was hoping for a flic with the coolness and crazy/twisted-ness of good Guy Ritchie movies. In some areas, I was not disappointed but overall this movie is not a high-class crime gangster comedy like Snatch or Reservoir Dogs but it’s entertaining enough to watch.

The opening scene is already pretty strong and really hilarious as it reminded me of certain two characters from a very famous gangster movie – directed by Scrosese with DeNiro and Pesci … ring a bell? Anyways, the elements which I really enjoyed about this movie was the acting and the characters such as the two starters; especially Christopher Walken and Woody Harrelson are really fun to watch here. Other cool factors are the ways how the idea of the actual 7 Psychopaths is constructed throughout the entire movie. Along with it the hommages to other gangster classics such Natural Born Killers or that very same movie mention above are really well done. Aside from the fun scripting of the actual psychopaths, the snippet stories are also executed and shot quite nicely.

However, there are some negatives in this movie as well which kind of made the entire movie a bit of drag … the famous third act. As with every movie which picks up a very fast and thus great pace, the audience is somewhat set into a certain expectation setting. Unfortunately, the movie is not able to carry the pace and quality of its opening through the entire duration of the movie. When you shoot such a movie, it has to live up to the “Snatch”-benchmark and that it certainly does not. Some of the dialogues in this section of the movie seem to be carrying a lot of weight but ultimately I didn’t see or “feel” that.

In a nutshell, I would compare Seven Psychopaths to a dish with all the great ingredients to create a truly fantastic movie. But in the end the concoction is lacking some “salt” and that leaves me with a feeling of “I wish this would have been awesome movie, but it really wasn’t that great”. If there is something really great to point out, I would say the performance of Walken and Harrelson are a big pluses but they can’t carry the entire movie. Could-see but not a must-see… 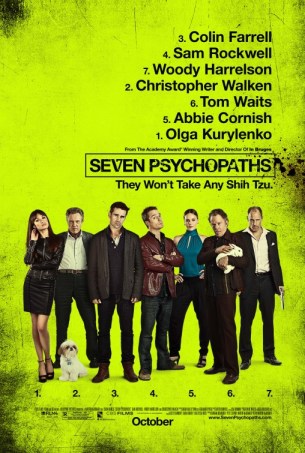