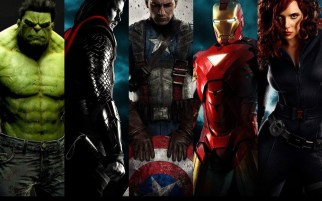 As part of my 2013 pledge, I did go ahead checked another must-see of 2012 off the list. On my flight from Munich back to Boston, it was time to experience the other superhero movie of the past year … The Avengers. With a whopping 92% on Rottentomatoes.com, it did come with the baggage of high expectations.

During the opening minutes of The Avengers, my first thoughts were pure happiness of seeing Robin from HIMYM in a box office production. My second thoughts were: “Ok, this might actually be entertaining”. In the past decade, the vast development in the area of CGI has given Superhero movies (along with numerous other genres) the ability to mimic the comics from which they are derived in a much more precise and thus entertaining way. And since this movie category has historically shown an above average box office performance, Paramount even dared to do something no other studio in early 2012 would have done…go head to head against The Dark Knight Rises. And to my surprise The Avengers won that competition at the box office.Now arguably, The Avengers are more a fun superhero movie rather than a dark gritty thriller…and arguably, The Avengers manage to achieve that goal better than their counterpart.

Once the plot is clear within the first 15 minutes, the entertaining part of the movie gets going with a fun introduction of The Avengers (with Iron Man and the Black Widow being the most fun to watch). The rest is just a fun CGI spectacle with no shortage of fun, destruction and a cast which is fully enjoying their mission. Looking at the movie as a whole, it managed to keep me entertained throughout its duration (which is not an easy goal to achieve for 143 min long movie). The fighting scenes between the Avengers themselves are just a total hoot…with the Hulk leading the score in fight entertainment and Iron Man having the snappiest comments. From a movie marketing perspective, Paramount does a great job of making the other brands in the franchise more attractive to watch; I already put Thor and Captain America on my Netflix watchlist for a day when I just want to enjoy complete brain-free entertainment. And it did make the next Iron Man 3 a bit more appealing to watch in theaters.

Now there obviously are some negatives as well and the biggest problem of all is the ridiculous villan. Aside from the fact that he looks like a 13 year old boy with some “whatever” super powers, Loky (could the name BE any worse) has neither charisma nor superhero streed credibility. In “real life” only one of the Avengers should be enough to eat that guy up for breakfast. Alongside, I felt that the dramatic element which was supposed to give the Avengers the push they needed to pull themselves together was a little far-fetched – given the insignificance of character they were about to go to battle for.

Having said all that, my assumption is that this movie attempted to be more of pure family entertainment movie addressing a wide audience. Given that premise, the flaws are easy to forgive and you can just sit back and enjoy the ride. This is your perfect pure entertainment superhero action movie with the right balance between CGI, fun dialoges and superhero fighting action. 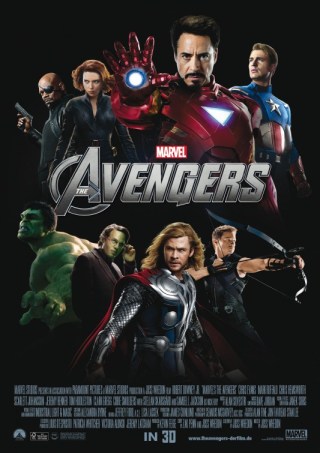