Home
On the small screen

For a long time, I haven’t been that compelled to write about a TV show and the fact that this show is not nominated for the Golden Globes or didn’t even make it to the Top 10 list of metacritc 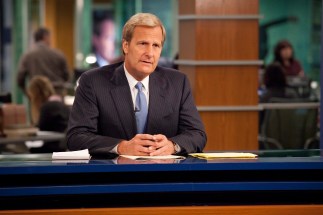 This show perfectly hit my nerve, and here is why. I live in America since 2008, and have had my share of alienation when watching the political arena in this time. My list of questions is and was sheer endless with the most basic one:”Why do people actually watch FOX News?” and went on to:”Why is there a “gustometer” on CNN for Hurricane Earl?”. Well, I have learned my lesson that some things are just different. But despite some of my annoyances, there are so many things which I love about the life in America with one being the seemingly endless creative content which TV entertainment offers – especially on HBO and Showtime. Calling myself a politically motivated viewer, I have been wondering for the longest time why these unequivocally talented news anchors on CNN are reporting about sheer nonsense and hype it up to be important. The obvious answer is: it’s all about the money; not that we didn’t know it beforehand but I truly enjoyed the way Aaron Sorkin mixes the way news should be reported, are reported in reality and the compromise the ACN team in his show has to make.

There are so many great elements in this show about the ideals of journalists who just want to do the news. And that is the – admittedly very idealistic – mission of the main characters Will and MacKenzie; to change the way, the news are delivered, to NOT make numbers but make the news. I couldn’t agree more with the mission of news stations, they shouldn’t be media conglomerates whose no.1 goal is to turn a profit but to inform the American people and when there is an “opinionated” piece just call it out as such – like newspaper have been doing it for the longest time with a column. But maybe I’m also yet again just too German. The dialoges which Sorkin presents for his cast are intelligent, witty, fast and yes idealistic. 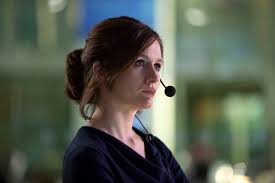 So to be fair, there are also some annoying elements in this show which shouldn’t be excluded. My personal major annoyance are the unrealistic and over the top love-story elements. The romantic spark between many of the main actors feels like a wanna-be Ross/Rachel relationship, keeping the audience hoping that they will finally get (back) together. This doesn’t work for two main reasons; firstly, this is not a romantic comedy and the main focus is on the “political” part and secondly, the romance part is just so poorly acted out (especially between Maggie and Jim). The other annoyance – and here I sort of agree with the negative critics – is the patronizing manner in which Aaron Sorkin speaks to his audience:”Hey, you’re all being fooled by the news media but worry no more, here I am the big savior.” And as both NYT and The New Yorker pointed out, it is easy to look at what has been broadcasted in the very moment and then say:”Well, this is how and what you should have reported!” The other minor critic – but I believe this is the only way the show can work – is the very one-sided way of news reporting showing literally only the democratic side of things and not really considering the (non-crazy) Republican side at all. Understandably, this is the actual problem we have in America that the non-crazy side is diminishing every day and being undermined by the Tea Party crazies. And only by polarizing, you can actually captivate your audience – oh wait, I think this is what Aaron Sorkin is actually trying to criticize.

Even though my negative words outweigh the positive, I have mainly great things to say about this show. The dialoges are written in a very intelligent and “witty” way, and there are almost no boring moments throughout the entire show. After each episode, I felt really good. Yes, there are some minor flaws during Season 1. But if these can be ironed out in the upcoming seasons, I truly hope that we will see many more years of “Good evening, I’m Will MacAvoy”