After 2 months of terribly bad movies, I want to call The Place beyond the Pines the kickoff to the movie year 2013. And what a great kickoff this was, maybe because I didn’t go into this movie with a lot of expectation but maybe it was just a fantastic movie. I’m leaning towards the latter and here is why.

The director Derek Cianfrance creates right from the get-go the right setting, pace and mood. I already really enjoyed Blue Valentine which was yet another outstanding performance of Ryan Gosling. And it is pretty clear early on that this is not your Hollywood Feel-Good Ryan Gosling from Crazy Stupid Love, this is a cranked up version of the dark character from Drive. Yet again, he proves that he makes his movie choices wisely, acts them out perfectly and has not even reached his limit yet. And his counterpart Bradley Cooper actually convinced me even more than he did in Silver Linings Playbook; he starts out his performance really subtle but equally strong and gets better and better as the movie develops. The facette of his character which is very moral but still intelligent and calculating is acted out really nicely by Bradley Cooper. He was on a good path with Silver Linings Playbook but now he convinced me. All the supporting cast starting with Ray Liotta (awesome scumbag), Ben Mendelsohn (seems to be the to-go hick with a tendency of being messed up) and Eva Mendez (great performance as the broken wife) were really great and perfectly blend in with the movie. To me the big stars who left an impressive performance are the young actors (Dane DeHaan and Emory Cohen)in the latter part of this film, their roles are both crucial to the greatness of this picture and just really fantastic acting. Their presence in the movie is considerably short but yet so powerful and realistic in my mind. All in all there is great chemistry between the acting, directing and the story.

Another reason why I enjoyed this movie so much was the story development which was slow but from what I felt really well-paced. The 140+ minutes never felt like a drag, I wanted to know what happens next at every moment of the movie…and that is a hard goal to achieve. The whole movie has the theme of recurrences and destiny and the best way it is being symbolized is the drive down the street to get to the place beyond the pines. In general, the movie carries a great deal of symbolism which is incorporated into the movie really well (but I don’t want to go into too much detail here, so I don’t spoil anything). Aside from the interpersonal and symbolic elements, one should also mention that this movie is also very nicely crafted – cinematography is wonderful and perfectly captures the mood and character of the movie. And along with that the music department deserves to be applauded, the score and the music is really fantastic.

It is really hard to say anything bad here because I truly enjoyed the entire movie experience so much but if one was to find something negative it would probably be the length (even though I found it to be perfectly fine).

All in all, I’m really happy that I saw this movie instead of the initially planned Jurassic Park 3D. This was the first drama in a long time which really wowed me. I enjoy every element of it (acting, directing, script, score and camera). I highly recommend watching this movie. 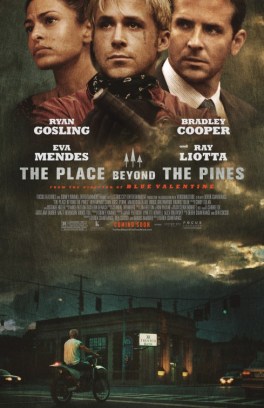